You will certainly still have in your eyes the inauspicious outcome – at least for Valentino Rossi – of the 2015 MotoGP. of a controversial penalty given to him in the last race. A sad ending for his fans, who, however, for the last race, in Valencia, crowded in front of the television hoping for the […] 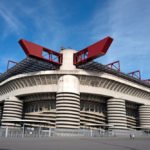